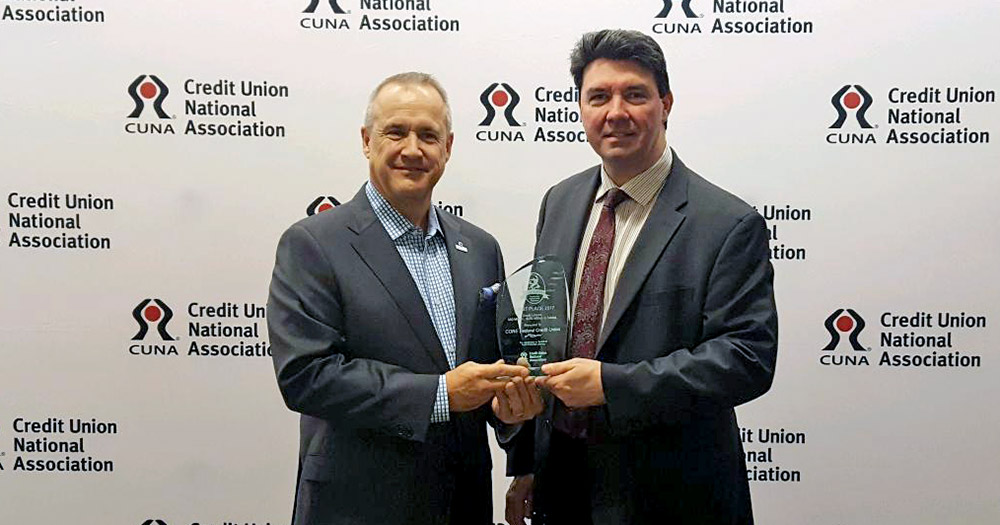 CUNA honored CORE FCU as a national Desjardins Award winner for the seventh consecutive year for its work in promoting youth financial literacy. This is the first time in the history of the Desjardins Award that a credit union has received the award in seven consecutive years. The award was presented at CUNA’s Governmental Affairs Conference in Washington, D.C., Feb. 28.

The Desjardins Awards are named for Alphonse Desjardins, the founder of the North American credit union movement, and honors credit unions for their commitment to youth and adult financial literacy.

Using a unique “Students as Educators” model, all of CORE’s programs provide high school students the opportunity to learn about personal finance, to teach their peers, to serve as mentors and role models for younger students in the school district, to team-teach adult education sessions with school board members and credit union personnel, and also to become certified as volunteer tax preparers under the IRS VITA program.

CORE has presented its program nationally at credit union conferences and actively works with other credit unions and school districts to assist them in enhancing their own student financial literacy programs.

“I was tremendously impressed by CORE FCU’s ‘Students as Educators’ program,” said John Graham, president/CEO of Kentucky Employees CU, Frankfort, Ky., and one of this year’s Desjardins Award judges. “In the past year, over 500 high school students and over 5,000 grade K through 8 students have benefited from this program! CORE FCU has consulted with several credit unions from as far away as Colorado to develop youth financial literacy partnership options within their schools and communities, in addition to presenting their program at several national conferences. This unique program of coaching student volunteers to teach good savings habits and responsible money management skills is amazing!”

What you can read next